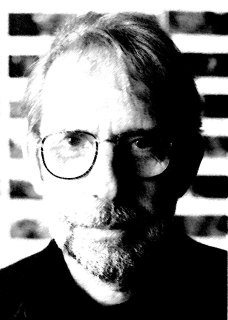 The following quote is from Michael Ondaatje’s book: The Conversations: Walter Murch and the Art of Editing Film. The book is a combination of several interviews that Ondaatje had with Murch. Ondaatje is the author of The English Patient and Anil’s Ghost, amongst others, and Murch was a principle editor on such notable films as The Godfather II, Apocalypse Now, and The English Patient. Murch is also a kind of quiet renaissance man. His knowledge is rather wide and deep. His passions range across many subjects. When he speaks on film editing and human creativity it is worth hearing what he has to say.

Ondaatje: Ingmar Bergman talks somewhere about how making a film, with a large group of people, is akin to a medieval community building a cathedral.*

Murch: We were talking earlier about having multiple editors on a film like Apocalypse Now. But it seems to happen throughout the filmmaking process. How do you get 150 temperamental artistic types to work together on the same project, and make something that not only comes in on schedule, on budget, but that has an artistic coherence. It’s simply beyond the ability of a single person, a director or a producer, to cause that to happen by any series of direct commands. It’s so complicated that it just can’t be done.The question is: How does it happen?
If you’ve ever remodeled a house, you’ll know how difficult it is even to get four or five carpenters to agree on anything: billions of people have been building houses, for thousands of years—”houseness” should almost be encoded in our DA. And yet when you remodel, it’s very common to go double over budget and schedule.
By comparison, we’ve only been making films for a hundred years, and a film crew is made up of sometimes hundreds of people, yet somehow, miraculously, at the end of “only” a year, there is, one hopes, a wonderful, mysterious, powerful, coherent, two-hour-long vision that has no precedent—and the more original the vision, the more the process is amazing. And yet studios are furious with us if we go ten percent over budget and schedule!
We tend to accept this miracle because we’re right in the middle of it—it seems somehow normal—but I think in the future, hundreds of years from now, people will look back on our period a bit the way we look back at Gothic cathedrals. How did they build those cathedrals, when they didn’t have computers, when they didn’t have engineering knowledge and tools that we have? How did they know exactly how to build those gigantic creations, each more marvelous that the last? It would be a challenge for us today, despite all our power and knowledge, to duplicate Chartres cathedral. And yet it was done with human muscle and, literally, horsepower. How did they dare to dream and then accomplish such a thing? These fantastic buildings seemingly came out of nowhere. Suddenly Gothic architecture was happening all over Europe at the same time. It’s phenomenal what went on, and it’s mysterious to us today how it was actually accomplished. It’s the same with the Egyptian pyramids. I think future generations with powers we can’t even imagine will look back on filmmaking in the twentieth century and say, How did they do all that, back then, with their ridiculously limited resources?**

When I read these words I cannot help but think of how our creativity, our tendency to make things and come up with new forms and new ideas, is one of the times we are closest to God. We are creators because God made us in his image. I do not know if Walter Murch is a Christian in any sense of the word, but look how he uses the words miraculously, miracle, phenomenal, and mysterious. Even though he is deeply in the midst of the creative process, surrounded by the latest editing technologies, by movie scripts and his own notes, he still sees the process as fundamentally miraculous. In other words, though the creative process is evident at some level, it is baffling at another. We do not create out of nothing, yet our creations sometimes strike us as amazing, even staggeringly so. But Murch is also getting at something even more mysterious, that is the process of a group being corporately creative and productive. How is this like God? Arguments from trinitarian theory always seem rather weak to me. Maybe the corporate creativity we see in filmmaking is like a more intentional version of how humans create culture. In that sense it is even more mysterious than we fist suppose. If this is so then our corporate creativity may actually be more of a miracle than even Murch might grant, in that it requires both our freewill intentions and God’s sovereignty working in concert: action and grace  intertwined together. This idea makes sense to me, especially given that corporate creativity requires one of the most virtuous of human activities—compromise.

* See my previous post Bergman’s cathedral.
** I changes some words to bold.