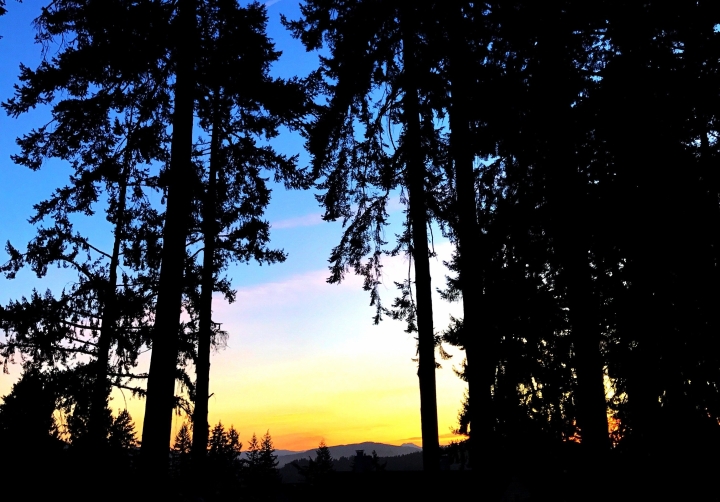 March is still dark at 8am, but there is a faint glow in the East. The sun will be here soon. I am kneeling like a medieval monk before the blessed sacrament.

This month there are more altar servers than before. All are boys, led by a local high school teacher. He subtly directs the boys with gestures and slight head nods. They are learning. A friend of mine remembers the Latin Mass from his youth. He says it’s not quite the same as this one, or maybe his memory fails him. But everyone is giving it there best, including those of us in the pews who still don’t know when to stand, sit, or kneel. Each month we are getting a little better.

In his book The Everlasting Man, G. K. Chesterton writes: “There are two ways of getting home; and one of them is to stay there. The other is to walk ’round the whole world till we come back to the same place.” I feel these words were prophetic. For centuries the Catholic Church “stayed there,” that is she remained at home in and with the Mass of ages, with few changes down through the centuries. That was her dwelling, and it would have remained so until the coming age, except that in the 1960’s she gave it up. She decided to leave home and go “’round the whole world.” I believe, perhaps, she is coming back home again, perhaps finally returning home.

Sometimes we have to leave home in order to truly appreciate it.

I come from a different place. I lived in a different house altogether, one of protest. By the grace of God I left that house for the better home. But I too feel as though I’ve returned. So here I am chanting Latin with these few souls on a quiet Saturday morning, with the day dawning outside.

During the communion rite we kneel. The priest goes through a series of complicated motions and prayers, all of which have profound meaning. For much of it the Church remains quiet. Unlike the Novus Ordo Mass, silence is accepted and seems natural not awkward. Some of us watch the priest, some are praying with heads bowed. The mood is solemn. In our tiny corner of the world the cosmos aligns, the stars bow down, and God is with us.

During the communion of the faithful we file up towards sanctuary. We kneel. Our hands are folded in prayer. I look at the crucifix. When the priest and server come to me I open my mouth to receive Christ.

When Mass is over we leave. Each person goes their own way. The weekend is ahead of us. Some may be going to work. Others to family, or yard work, or recreation. And yet, this traditional Latin Mass has also been a form of recreation, of re-creation.

As I drive home I am filled with feelings of quiet joy. I am grateful for the blessings of God.