The following is a panel from the Saint Edmund Campion Children’s Missal, published in 1954.

Let’s consider some of the following items. If you are a modern, post-Vatican II Catholic:

Well, it looks like Bobby did make it to Mass after all. 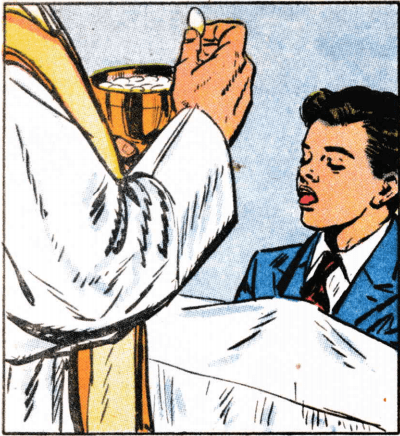 Oops, stand up Bobby, put your tongue back in your mouth, and hold out your hand.