I recently posted some videos on the topic of sedevacantism. Please know I am not a sedevacantist. Still, I do find this somewhat of an interesting topic, and for some it’s particularly timely because of a plethora of criticism of Pope Francis and the current state of the Church. I imagine the sedevacantists are having a field day with all of the scandals, and perhaps getting more inquiries than normal.

John Salza is an author who has taken on the sedevacantists. Here is a two-part interview he gave to Brother André Marie on that topic, which I think is pretty good.

Again, I know very little of sedevacantism, and I’m no canon lawyer, so a lot of this is over my head. My take is to generally dismiss the sedevacantists as crackpots, but I can’t entirely deny some of their concerns, and I assume many of them have some integrity. But I just can’t accept their position. Salza and Siscoe, co-authors of the book True or False Pope? Refuting Sedevacantism and Other Modern Errors, have been challenged by a number of sedevacantists. I have not really examined those challenges, but you can find them online. However, me sense is that those challenges are likely rather thin or outright silly.

The fact that Archbishop Lefebvre never gave into sedevacantism speaks volumes regarding the sedevacantists’ claims. Even when Lefebvre stood in strongest opposition to Rome, he always believed the Pope sat on his chair. 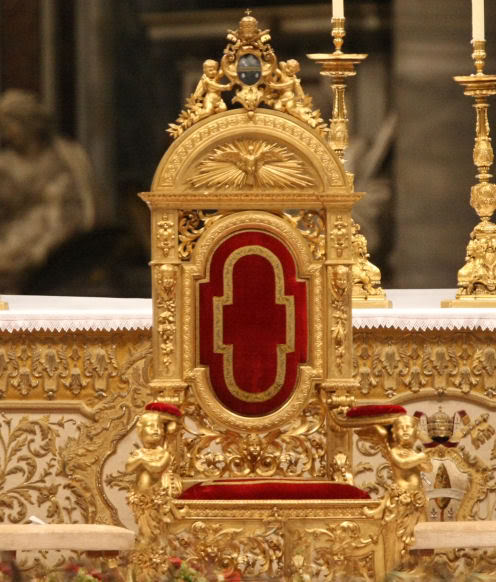 Seems to me that one can swing a sock filled with manure in a crowd of Catholic traditionalists and eventually hit at least a couple of sedevacantists.

Below are some interesting videos on that topic. By no way do they represent an exhaustive take on the subject. I present them here merely as a way to broach the subject. I lean strongly to the side that says the pope is the pope, good or bad, and our duty is to show appropriate obedience, even if is a struggle. But I find each of the arguments have at least some merit, more or less, for various reasons. (I must say this topic is a complete rabbit hole of endless videos, websites, and conspiracy theory arguments.)

I agree with the video above, in that we should learn more about what sedevacantism means.

Below is a curious artifact. This is a “film” in the pro-sedevacantist camp. If what it presents are actual facts, then what it presents is truly troubling. On the other hand, it feels like a bunch of speculations and dubious claims strung together as facts by some conspiracy theory nutters. And it’s “style” is exactly what one would expect from a group of crackpots living on the fringe any social group. As an artifact it is interesting just for that. BUT… I think it is still worth considering for several reasons: 1) If it is true, then we should know these facts, 2) If not entirely true, it still represents what a number of Catholics (who are trying to be faithful, but may be apostate or nearly so) believe, and it is good to know what these folks believe, and 3) If it is patently false, then at least we can know what crazy ideas not to believe.

Still, I am a bit troubled by this video:

Perhaps someday more facts will come out and we will have a clearer picture of what happened in those conclaves. Honestly, the deeply troubling actions on the part of cardinals and bishops regarding the sexual abuse scandals on many levels that we are daily discovering makes believing in the evil shenanigans of yesteryear more plausible in my mind. It’s become less and less far-fetched to believe in the work of the devil in the Church throughout much of the 20th century.

God come to our assistance.

The perennial Catholic Answers team on more that one occasion has taken on the questions of sedevacantism. Here are a couple of responses from their shows:

I like Catholic Answers. I am not convinced by their answers here. I don’t think they are entirely on the wrong track, but I believe there are decent rebuttals to their answers. I don’t see the “gates of Hell” argument making a lot of sense here. And I don’t see the sedevacantists saying the gates of Hell have prevailed. We’ve had troubles in the past, we will in the future. I think the stories of Job and of the Babylonian captivity can both be seen as images of suffering individual Christians as well as the Church as a whole can and will experience. In both cases it would appear that God had deserted his people. None of this says that the gates of Hell will prevail. God did not abandon His people. Also, every time a pope dies the chair is empty. Sometimes the chair has been empty for years. So I think the Church can suffer through without a pope for a time.

But is it now? I doubt it. Could I and Catholic Answers be wrong? Yes.

Finally, I think this homily below perhaps says it best. Sedevacantism can be very alluring. It is a temptation to anyone who is very bothered by the fallout since Vatican II. It is a temptation to anyone who struggles with our current Holy Father. It is a temptation while in the midst of the systematic promotion and support for sexual perversion and predation on the part of priests, bishops, and cardinals. How could a good God allow all this to happen? Well… God has always allowed a great deal of evil to trouble His people at one time or another. But God is good. His will be done. Let us not fall into pride.

Still, I am curious about the whole Cardinal Siri story.